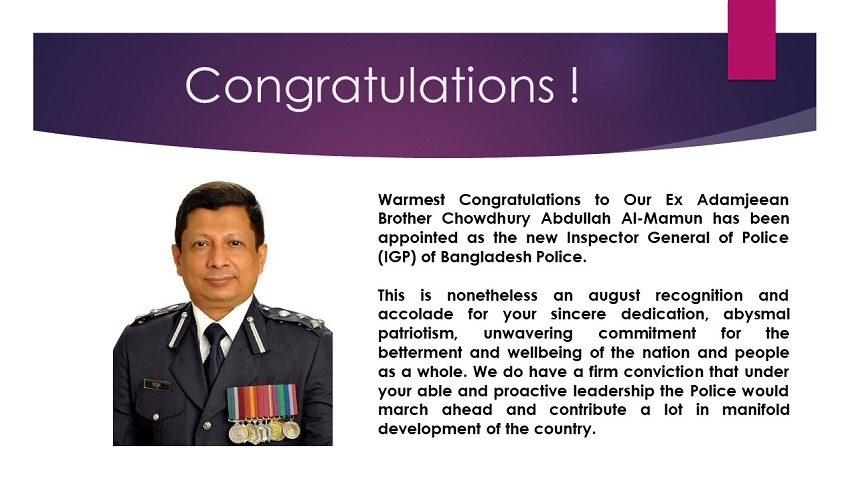 The order will come into effect on September 30. Chowdhury Abdullah Al-Mamun will succeed Dr Benazir Ahmed.

Mamun was serving as Director General of the Rapid Action Battalion
(RAB), the elite force of Bangladesh Police-- since April 2020.

Mamun joined Bangladesh Police Service as Assistant Superintendent of Police in February 1989. He has served in various capacities of Bangladesh Police where he proved his professionalism, dedication and excellence.

Born in Sunamganj in 1964, Chowdhury Abdullah Al-Mamun completed his graduation and post graduation in Sociology from the University of Chittagong. He Studied in Adamjee Cantonment Collage.

Mamun has made outstanding contributions to UN peacekeeping missions in Bosnia-Herzegovina, Liberia and Darfur.

He participated in several prestigious professional trainings from home and abroad. Mamun has traveled to about thirty countries.

Dr Taiba Musarrat Janha Chowdhury is his wife and they have two sons and a daughter.

Chowdhury Abdullah Al-Mamun has been appointed new Inspector General of ...

Lorem Ipsum is simply dummy text of the printing and ...